New study looks deeper into atoms than ever before

Researchers observed a never-before-seen atomic transformation that may take place in many catalytic reactions. 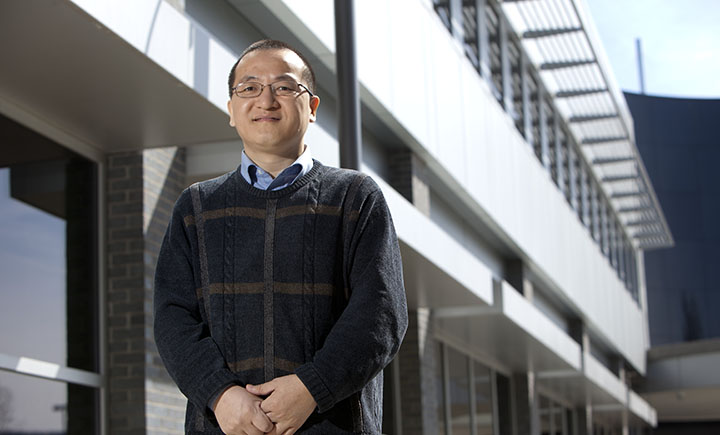 Scientists are now able to observe a never before seen atomic transformation that may take place in many catalytic reactions, thanks to researchers at Binghamton University and the Brookhaven National Laboratory.

The new study set out with the aim to learn more about certain catalytic transformations such as the conversion of toxic carbon monoxide (CO) into poison-free gases like carbon dioxide (CO2). Reducing pollutants like CO can be effectively realized by using metal oxides and/or noble metals to facilitate the transformation. The redox reactions, either the oxidation of a metal or the reduction of a metal oxide, create the metal/oxide interface that can be the critical sites to enhance the catalytic reactivity due to synergic interactions at the interface.

However, visualizing the atomic change as it happens at the metal/oxide interface has traditionally been considered impossible. A slew of complicated problems, including sample preparation errors and an inability to capture the change at the buried interface and in real time, have kept scientists from being able to fully study atoms going through oxidation or reduction.

“It’s just too small. We can’t use a traditional microscope. With atomic scale, we not only need a powerful microscope, but we also need to make sure every detail is covered to avoid contamination. Even one atom out of place could change what we are able to see,” said professor Guangwen Zhou from Binghamton University.

The team used a Transmission Electron Microscope (TEM) for the study, a tool that has been around since 1935 and has evolved dramatically in recent years with the incorporation of aberration correction techniques and environmental capabilities. The in situ electron microscopy techniques allowed the researchers to directly probe the atomic change induced by exposure of H2 to cuprous oxide, a material used in oxidizing/reducing environments for a variety of applications including the catalytic oxidation of CO to CO2.

“We decided to start with watching the redox reaction because it is such a common transformation that scientists haven’t been able to observe before at such a small scale,” said Zhou. “We plan to continue the practices that we employed in this study to observe the various types of transformations other molecules go through.”

The study, titled “In situ atomic-scale imaging of the metal/oxide interfacial transformation,” was published in the Nature Communications online journal. It was put together by Zhou along with Binghamton University PhD candidates Lianfeng Zou and Jonathan Li, and Dmitri Zakharov and Eric A. Stach from the Brookhaven National Laboratory. This work was supported by the U.S. Department of Energy’s Office of Science.